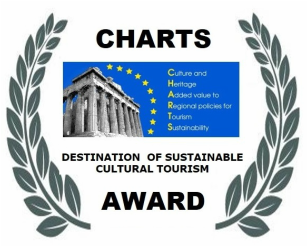 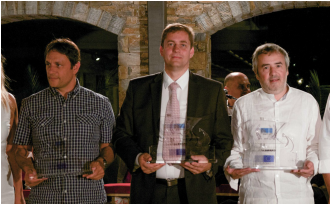 The contest clearly showed interest in real achievements and results of creative solutions in cultural tourism and highlighted that Cultural Tourism must be sustainable and promoted more due our present difficulties, particular in fighting unemployment and to turn resources and solutions into realities.
It was very rewarding that this contest has been so successful upon its first time. CHARTS Award recorded a number of 27 applications from various destinations in 11 countries across Europe participating to promote their achievements, results and outputs on cultural tourism with focus on local and regional context.

The Winners of the CHARTS Award were announced at the prize ceremony on 12 September 2014 during CHARTS Closing Conference.

The contest was launched in London, November 2013 during World Travel Market and remained open for 7 months and promoted at the tourism fairs across Europe - BaltTour 2014 in Riga, BIT 2014 in Milano, ITB 2014 in Berlin, Romanian Tourism Fair in Bucharest and other external events by project partners.
The CHARTS Award was based on a contest in 12 categories between tourism destinations Europe-wide for results of actions which have been implemented and which have produced significant results and achievements.

The CHARTS Award was based on a contest amongst destinations Europe-wide for achievements, results and outputs in cultural tourism.
The focus of the contest was on 12 Good Practices themes of CHARTS, concerning results of actions which have been implemented and which have produced significant results and achievements in tourism destinations across Europe.

All received Applications were evaluated by a Panel of Judges which consisted from the Members of CHARTS Consultative Board accordingly to 5 criteria:

1.  Technical content of actions
2.  Evidence of success
3.  Sustainability of the actions
4.  Added value to Regional policies for Tourism Sustainability
5.  Contribution to Europe 2020 targets.